Beyond the Call of Duty Award 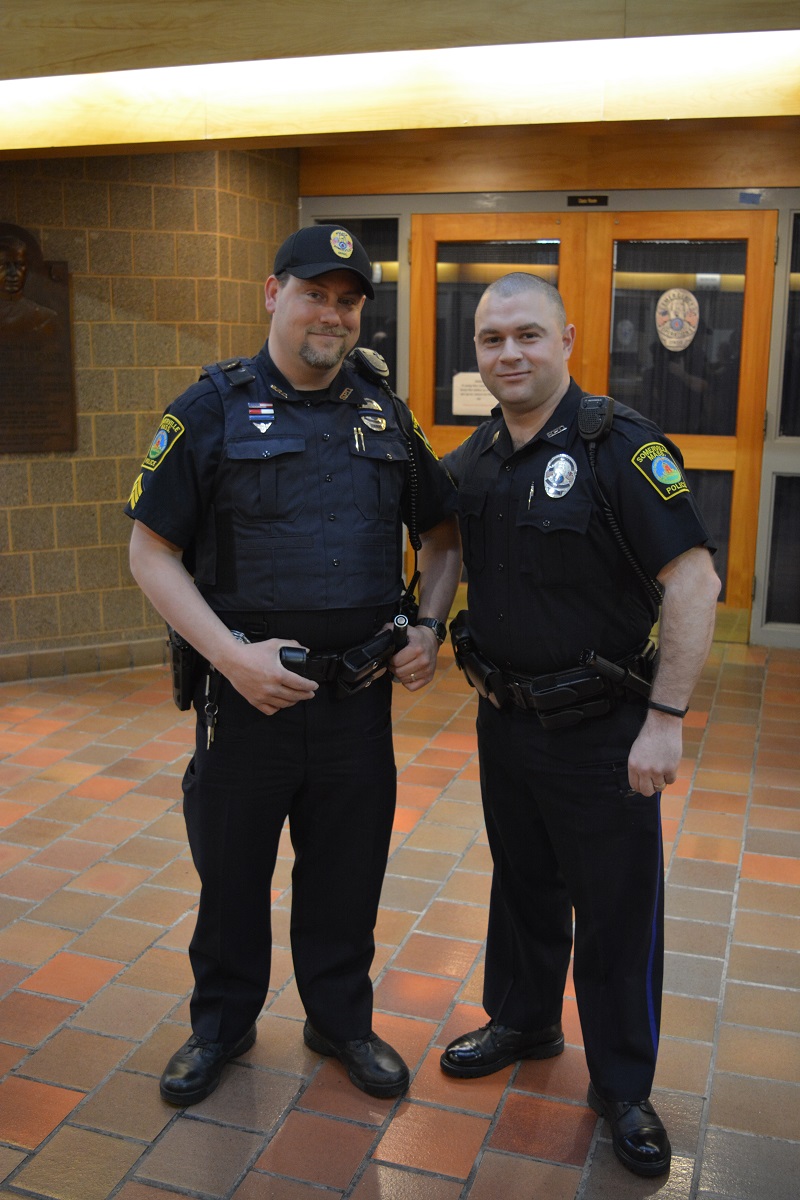 During the week of March 8th 2019, Sergeant McCarey noticed Officer Michael Cleary reviewing a worksheet of names, phone numbers, and notes. He asked Michael what he was searching for. Michael explained that he was checking a database of cold cases and unclaimed bodies on a website called NamUs.Gov, which is a Department of Justice national information clearinghouse and resource center for missing, unidentified, and unclaimed persons across the United States.
While looking at the site, Michael noticed that Somerville had three unclaimed bodies listed. One unclaimed person, here to be referred to for privacy as XXXX, died in December of 2015. At the time of his death, he was homeless. A next of kin could not be located, and his remains went unclaimed at the Medical Examiner’s Office.
Although it was not part of his everyday duties as a Station Officer, Michael made several calls and searches over the next few days in an attempt to find this man’s family. Michael went so far as to call local hospitals to see if they had any interactions with XXXX. One of those calls led to an emergency contact listing the deceased’s father in Lynn, Massachusetts. This led to yet another dead end – the father had died. But Michael was able to find the obituary for the father, which led Michael to a sister living in Reading, Massachusetts.
Still on the trail, Michael was able to obtain a phone number for the sister and make a proper notification about her brother’s death. The sister, who was estranged from her brother for many years, had wondered and worried what had happened to him. Although the news of her brother’s death caused grief, she was happy to be able to know her brother’s whereabouts and bring closure.
Great job, Officer Cleary, your future here is bright. Based on the nomination of Sergeant Michael McCarey, the Department hereby awards to you it’s Beyond the Call of Duty Award.