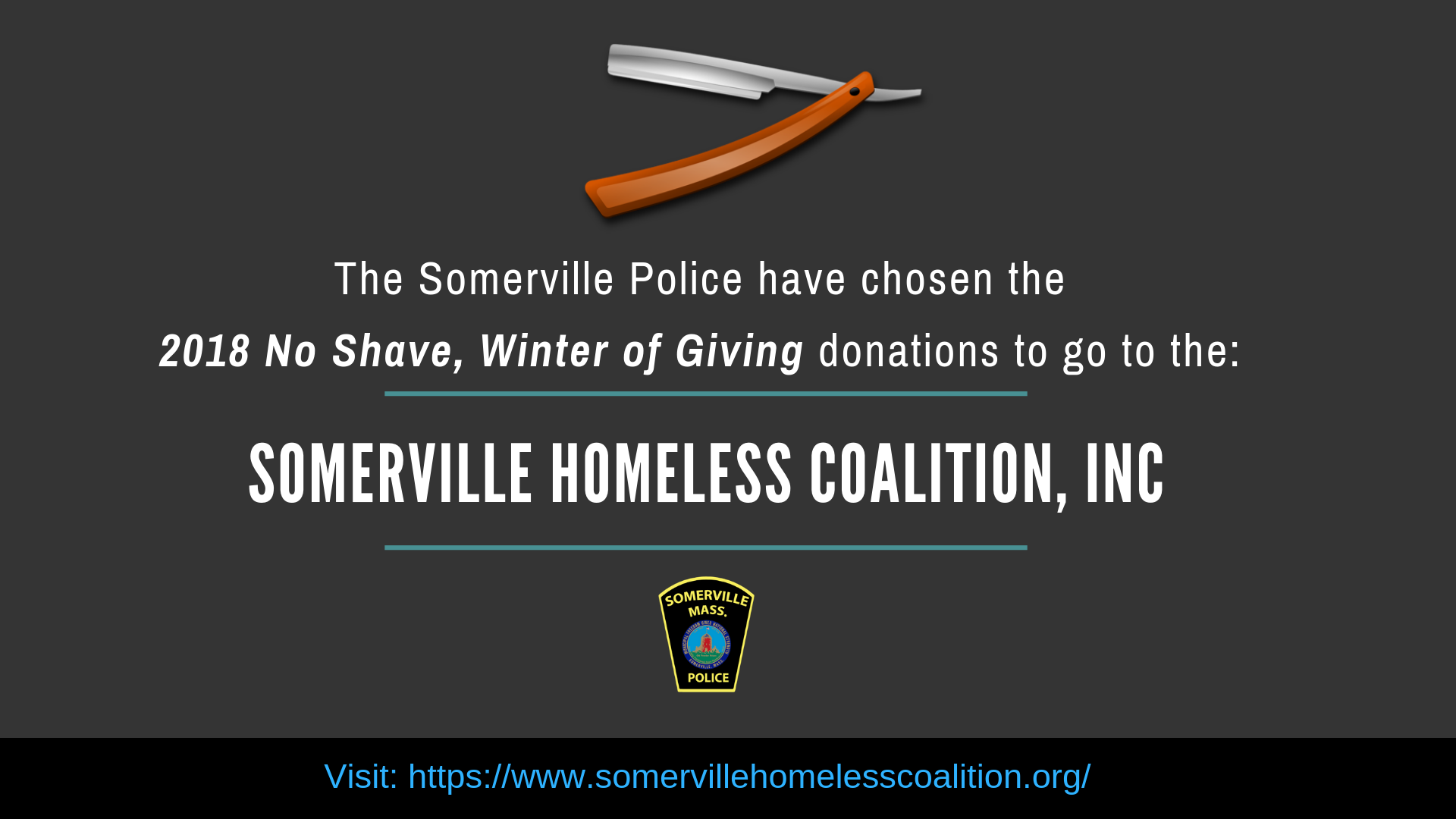 This charity opportunity brings "awareness by embracing our hair, which many cancer patients lose," says, No-Shave November.  The Somerville Police Department has adopted this movement and has extended this to also provided monetary donations from Somerville Officers to a charity of their choice. This year's 2018 charity donation for No Shave, Winter of Giving goes to the Somerville Homeless Coalition. The Somerville Homeless Coalition is an organization that "provides homeless and near homeless families and individuals with supportive services and housing solutions," reads SHC's statement.

Chief David Fallon thanks all Somerville Officers who generously donated to this charity. Some officers chose to show-off their beards and others supportively cheered on.

Erin Bradley from the Somerville Homeless Coalition attended the Somerville Police Crime Stats meeting this afternoon and was presented with the generous $3,400 donation. 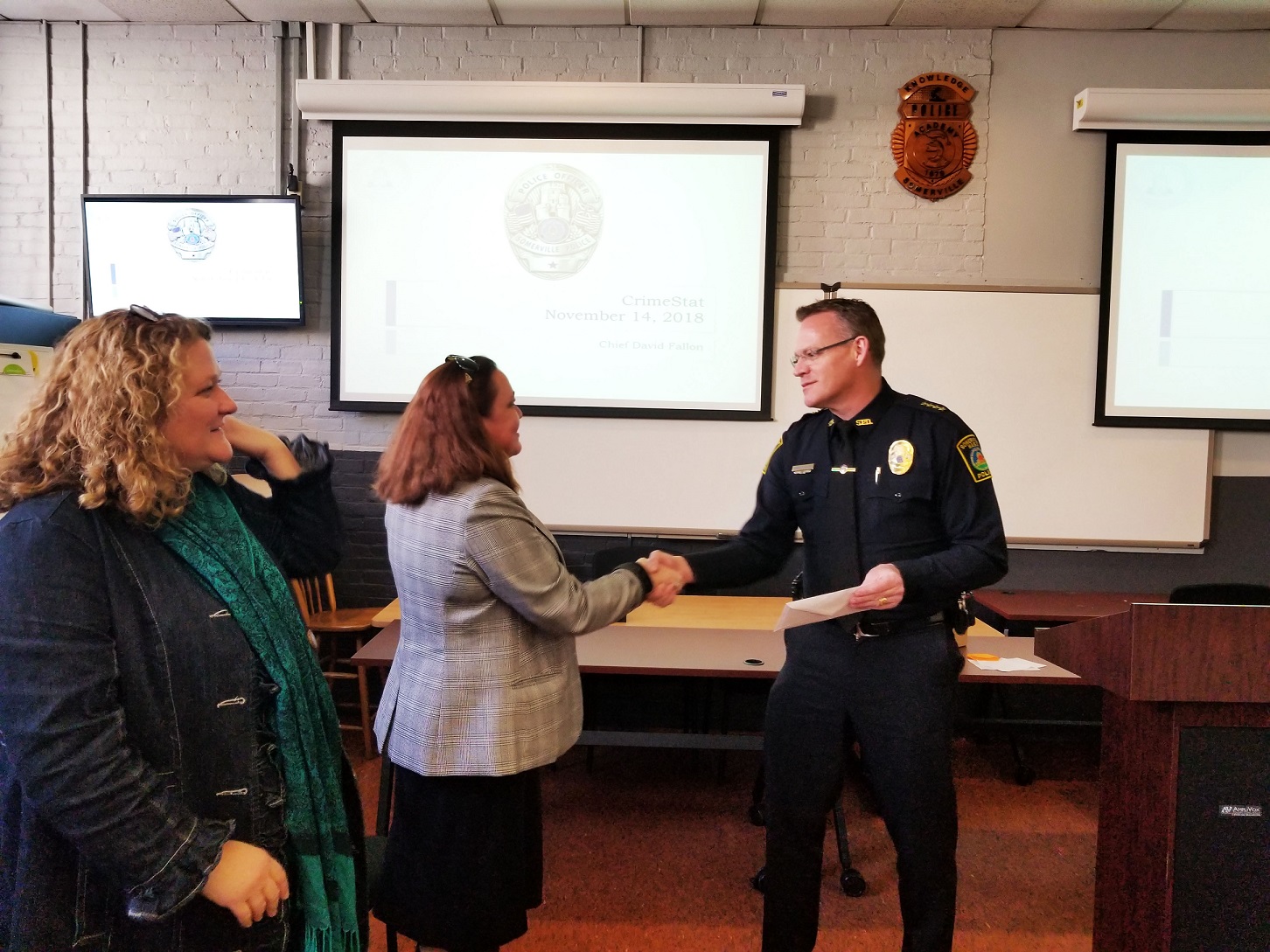