21055319: On 10/20/21 at approximately 7 PM, Somerville Police responded to a business in the area of Somerville Ave & Spring St for report of a fight involving six males. Officers were informed that one of the males brandished a firearm. Upon arrival, officers spoke with a witness who stated a male came into the business to pick up a food order and became upset after being told to wait. The male suspect got into an argument with an employee then went out to his vehicle, grabbed a firearm and threatened to kill the employees. The male suspect fled in his vehicle prior to police arrival. A description of the vehicle was given out and officers located and stopped the vehicle shortly after. The male suspect was arrested. Officers recovered a handgun as well as two magazines, one of which was loaded.

21055930: On 10/24/21 at approximately 2 AM, Somerville Police responded to a residence on Sydney St for report of a breaking and entering. Officers were informed that a male suspect had brandished a “rifle”. The victim’s stated they got into an argument with the suspect. The suspect then entered his residence and came back out with a shotgun. One victim reported the suspect pointed the shotgun at him. Officers located the male suspect on his porch and he was placed under arrest. On the porch, officers recovered the loaded shotgun and one loose slug. 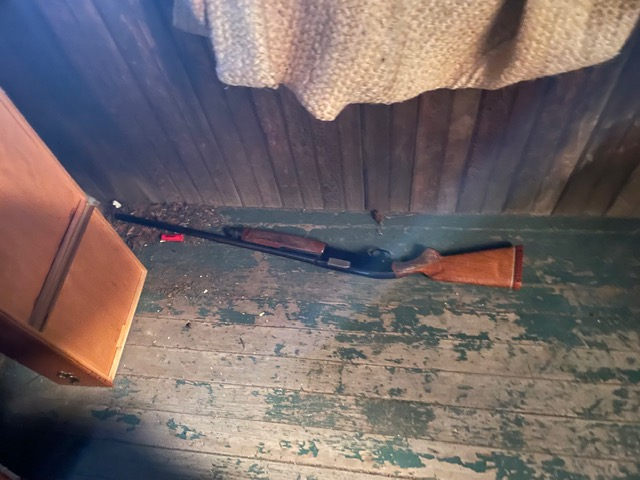