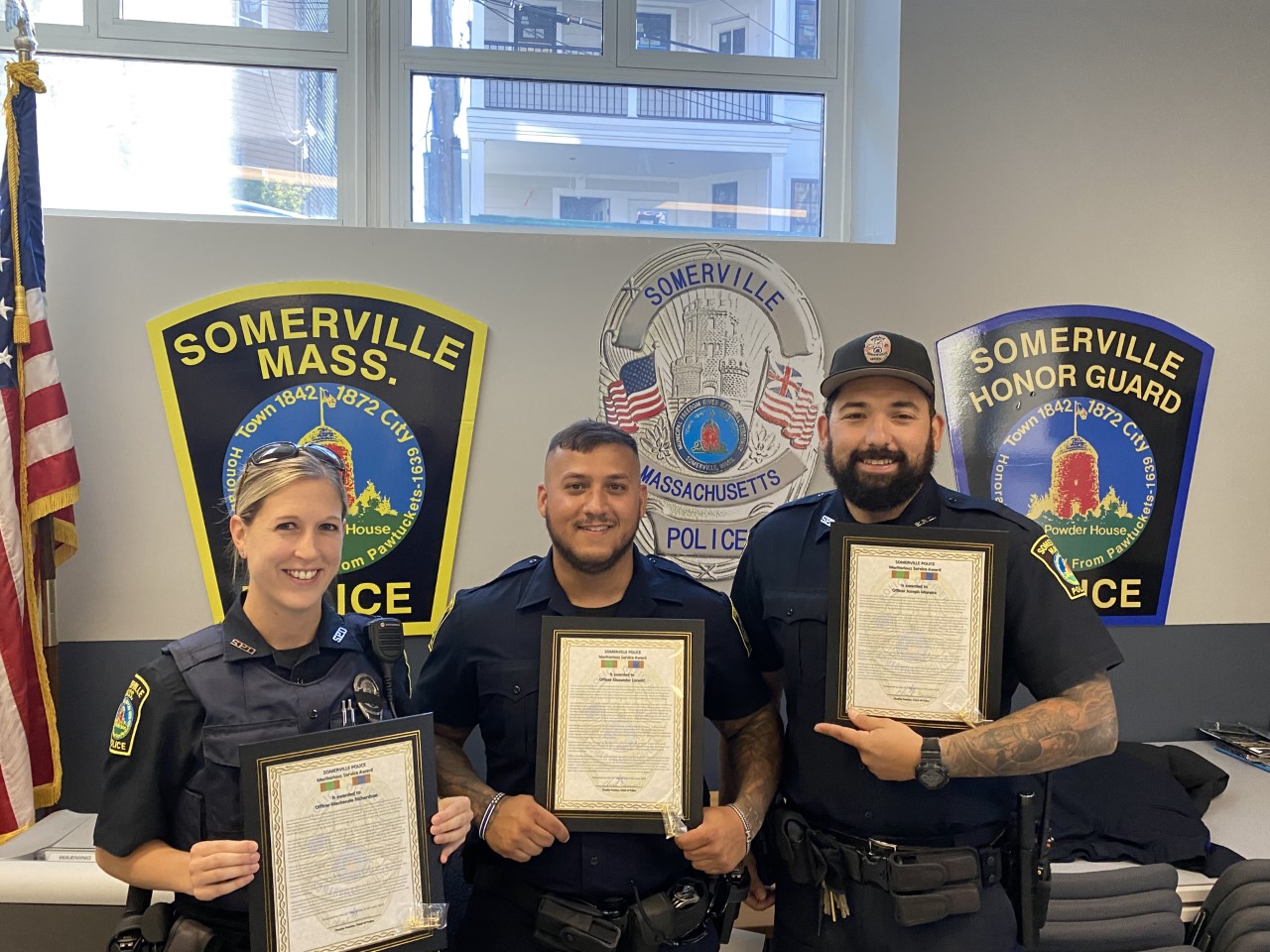 On the morning of March 25, 2022, Officers Mackenzie Richardson, Alex Lorenti, Joseph Moreira and Detective Jason Costa were assigned to serve a Harassment Prevention Order and an Arrest Warrant to a male party residing at 32 Kent Street # 308.  Prior to the Officer’s responding to Kent St. an operational plan was established.   Detective Costa provided the Officer’s with information pertaining to the individual’s past violent criminal history and possession of firearms.  Based on this information and for the safety of the Officers, the goal was to inform the male party of the HPO and serve him outside of the curtilage.

Upon the Officer’s arrival at 32 Kent St.  Detective Costa knocked on the door, identified himself as a Police Officer and informed the male party of the Harassment Prevention Order.  The male party, being familiar with Police protocols, opened the door to his apartment, entered the common hallway half-dressed not wearing a shirt and closing the door to his apartment behind him.  The Officers were able to determine that the male party was not armed and Officer Richardson provided him a copy of the Harassment Prevention Order.  Detective Costa then advised him of the active arrest warrant and placed him under arrest.  At this point the male party began to get angry and vocal, swearing at the officers.  Officer’s Richardson and Lorenti, utilizing their training in de-escalation techniques, were able to calm the individual and bring him under control without incident.

The male party requested to retrieve a shirt from his apartment prior to being brought to the station.  As Officer Moreira escorted the male to the area of a couch located in the living room, he observed in plain view, an empty large capacity magazine that belonged to a firearm.  After exiting the apartment, Officer Moreira informed Detective Costa of his observation of the magazine.  Based on the individuals past history, Detective Costa informed the male party that his apartment was going to be secured, pending an application for a search warrant.

Detective Costa applied for a search warrant that was authorized and executed at the apartment.  Located within were 6 firearms, 6 different types of ammunition, 8 large capacity feeding devices, .84 LBS bag of Marijuana and a digital weigh scale.  The male party was charged with being Armed Career Criminal, multiple weapons charges and possession to distribute controlled substances.

Officers Mackenzie Richardson and Lorenti are credited with utilizing their skills in de-escalation. Officer Moreira’s observation and recognition of a firearm magazine was key in providing probable cause for a search warrant. The combined actions of all officers involved resulted in an Armed Career Criminal who was in possession of 6 Firearms to be taken into custody without incident.  Their ability to take tactical advantage of the situation and demonstrate tremendous restraint and de-escalation techniques in a volatile situation, exemplify the long history of professionalism within the Somerville Police Department. I take great pride in awarding these Officers the Somerville Police Department’s Meritorious Service Award.