22015442: On 3/23/22 at approximately 5:30 PM, Somerville Police responded to a business in Assembly Row for report of a person who displayed a firearm while stealing food. Upon arrival, officers spoke with an employee who stated he observed a man stealing prepaid food orders that didn’t belong to him. When the employee confronted him, the man brandished a firearm then fled. The suspect was described as a thin man, 20's, 5'6 , tan skin, wearing a black Canada Goose jacket, black pants, black/red sneakers, Supreme backpack and a black ski mask.

22016425: On 3/28/22 at approximately 11:08 AM, Somerville Police responded to Davis Sq for a man refusing to leave a common area. Upon arrival, officers located a homeless man who stated he was in a fight with two other men. He stated that during the fight, one of the men brandished a firearm at him. Officers identified all people involved.

22015659: On 3/24/22 at approximately 4:27 PM, Somerville Police responded to a residence on Myrtle St for report of a past breaking and entering. Upon arrival, officers spoke with the victim who stated she left her residence earlier in the day and when she returned home, observed her bedroom had been ransacked. A laptop and jewelry were stolen.

On Saturday, February 26, 2022, the SPD took a report of a larceny of a black Baja Warrior motor cycle from the parking garage on Great River Rd.  Police are asking for help in identifying the two suspects depicted in the above surveillance photo.  Anyone with information about this incident or the identity of the two men in the picture is urged to contact the Somerville Police Department at 617.625.1600 ext 7235 or leave an anonymous tip using the Somerville PD App available on iOS or Android devices. 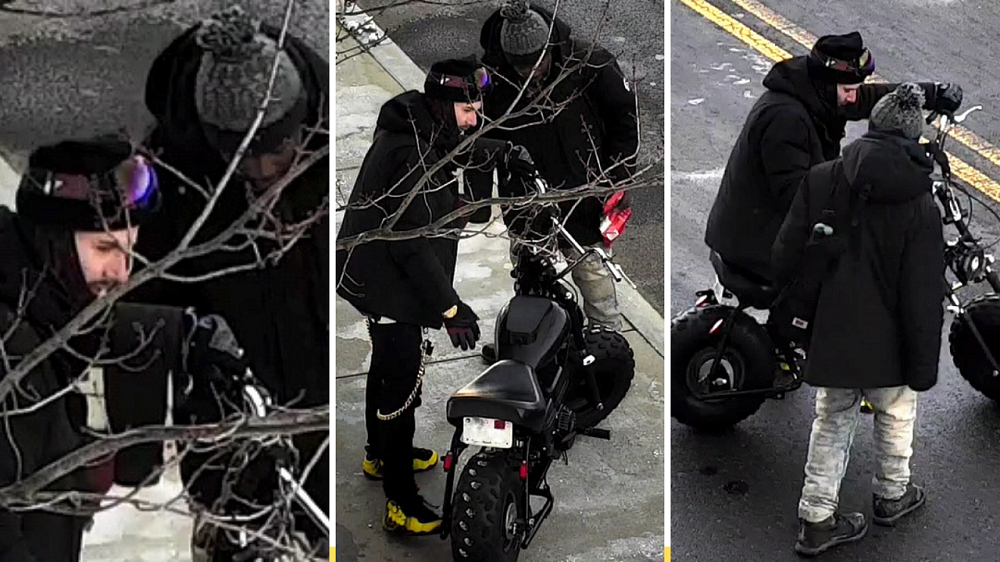 On Wednesday, March 23, 2022, at approx. 7:30PM, the SPD responded to Aggies Market located at 69 Pearl St for a reported armed robbery with a gun.  The suspect depicted below entered the store when no other customers were present and pointed a black, semi-automatic handgun at the clerk and demanded money.  The suspect was described as a black man, late teens or early twenties, wearing a covid-style black mask, black hooded sweatshirt (hood up), gray sweat pants and black and white sneakers.

The suspect stole cash from the victim and no injuries were reported.  The suspect fled on foot down Franklin Street towards Webster St.  Anyone with information about this incident is urged to contact the Somerville Police Department at 617.625.1600 ext.7235 or you may leave an anonymous tip via the Somerville PD App on iOS or Android devices. 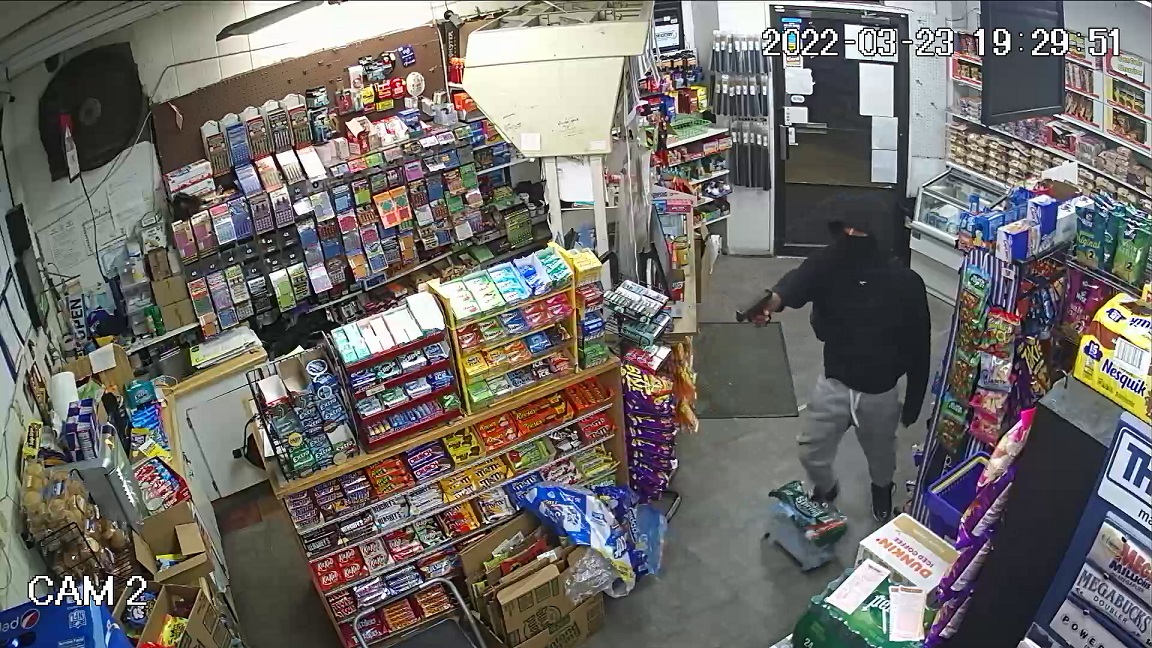